Jason Kahn/Tetuzi Akiyama: »Till We Meet Again« (For4Ears 1645)So here we are among Jason Kahn’s music, his label Cut and the other very well known recording company For4Ears. It is all based in Switzerland but if we follow the personal paths we will very soon find three basic routes leading there. The one from Berlin; Vienna and Tokyo. Whatever we want to think about such terms, they are all already labeled (reductionism; onkyo; electro-acoustic improvisation etc.) and are usually considered in relation to improvisation. But (among few others) with Kahn it is brought to another level yet. Let’s try to guess (if it is not already obvious). Improvisers interested in contemporary composition? One can hear it here and there but with Cut label it should come as no surprise at all. Almost all of the people gathered around Kahn’s idea for a label have a strong improvisational background but the reason they are gathered together is pretty different. Instead of making any prefigured generalization let us start with one of the central figures of Switzerland now: Jason Kahn.

Jason Kahn: »Sihl« (Sirr 0023)
Whenever Kahn appears personally as a musician there is a certain flavor of minimalism. More precisely, a minimalist link between the two poles which sometimes seem to be really far from each other: La Monte Young’s inside the sound idea and the other’s repetitive vexation. His interest in subtle drum and cymbal resonance makes him move between percussions and analogue synthesizer (sometimes laptop).
What he does on his solo »Sihl« may serve as a good example. What we have here are twelve pieces of well recorded and well prepared drones made with percussions and/or analogue synthesizer. Among them – few pieces where he is literally repetitively striking percussions while simultaneously creating drones. They are all very consequent and few make you think they are simply beautiful. Although sometimes the kind of beauty might remind you of the perverse audiophile satisfaction. One of Kahn’s comments on »Sihl« was that he was trying to get out of 15 to 30 minutes of playing a distilled compositional units – so he cut the twelve pieces to around four minutes long representatives of a certain idea. Indeed, they may seem quite the same but just being a bit more attentive reveals that each one is based upon a different compositional concept. All of them end instantly so if you did not catch the idea so far – it’s already gone. I find it a funny comment on the famous quotation from Dolphy about sounds being there, disappearing in the air, and us being always too late to capture them. Is that the improvisers attitude in the back of the concept? You better keep your ears wide open not to miss the latter one!

Olivia Block: »Change Ringing« (Cut 016)
The piece made by Olivia Block is pretty different from what Kahn does himself and also from the (let me use the word) mainstream of Cut label. A mixture of acoustic (trombone, oboe, trumpet, viola, clarinets, saxophones and percussions), electronic and field-recording sounds are not gathered together to serve (or extract as much as possible from) a single idea. These sounds build a slowly evolving mirage – a multidimensional ambiance of sixteen instrumentalists and Olivia Block. Sixteen musicians may easily fall into a mess but this is absolutely not the case here. It is a very elegant and subtle recording and editing that makes everything very clear. Even the most noisy parts never lack the clarity so if you find that kind of well prepared noise interacting with oboe or clarinet interesting – it is a must.
Paying a big respect to the editing work of Block I am left with a slight objection about the use of field recordings. When they become really abstract – they fall into a brotherhood with electronic sounds. When they remain referential – they are accompanied by acoustic drones or bells which are a bit too neutral to really push the idea far. In fact sometimes you might have an impression that what we are dealing here with are not three dimensions [acoustic/electronic/field-recording] but only two [acoustic/electronic AND field-recording]. Nevertheless, »Change Ringing« is a very well made piece letting Cut label reach a bit different aesthetic flavor.

Thomas Korber: »Effacement« (Cut 015)
Tomas Korber’s »Effacement« is a pretty modest – or maybe even traditionalist – work. A very straight guitar/electronica solo album – nothing more, nothing less. Probably – no big compositional tools behind it. Maybe few inspirations come from the world of electroacoustic guitar improvising. But all these things are absolutely not the point here. The greatest strength of the album is that nothing happens here without being a point of departure to something else. You are asked to follow the ideas as they are developed by Korber – not just the sounds as they evolve. Slowly but consequently, he is building himself a fairly complex music-world not being tempted by any radical aesthetic but just following his ways. For many this will remain just another EAI album but if that’s the thing I would recommend taking …

Keith Rowe/Tomas Korber/Günter Müller: »Fibre« (For4Ears 1657)
… just to focus on the break between how much Korber can do (on his solo) but is not doing (in trio). Right after listening to »Fibre« I decided to remind myself of the recent solos not only of Korber but Rowe (»29 October 2001« and »Harsh«) and Müller (»Eight Landscapes«) as well. All of the three albums of each one of them are very clear and intense (but not necessarily dense) pieces of music. With »Fibre« it is becoming more of an avantguardianist aesthetic to be fulfilled.
I am not trying to suggest an overwhelming critique of THE style here – not at all. And I would still argue there are some masterpieces of the kind (like for example Sachiko M/Toshimaru Nakamura/Otomo Yoshihide »Good Morning, Good Night«). I am also not expecting Rowe, Korber and Müller to write another Mahler-like Symphony. The thing is quite the opposite. Listening to another duo/trio/quartet with Rowe, Müller or few of their friends I can’t get rid of the idea that THEY are actually heading towards composing the entirely new kind of Symphony! A now pretty conservative symphony of rarely disturbed static noise and/or small sonorities – all these compositional devices that cannot be avoided when you want to make a symphony. Me personally, I wish they would finally write one and just go somewhere else. And not be afraid of loosing all the things they have really fought for.
In that sense »Fibre« stands for the very frustrating moment when you go for a sound check and you hear a musician checking all he or she has on the table. And usually what is gathered there alone sounds great!!! And after that you hear the concert and just can not stand how much could happen and is not …

Tetuzi Akiyama/Jason Kahn: »Till We Meet Again« (For4Ears 1654)
And in the end – here comes the blues. From the very beginning I can’t help thinking about the old Ry Cooder »Paris, Texas Opening Theme«. Obviously acoustic guitar of Japanese improviser Tetuzi Akiyama and percussion with analogue synthesizer of Kahn are even more abstract and the blues here never comes to terms with itself. One of the reasons is obviously Kahn himself – his repeptitive-resonanced-into-drone-things are quite far from twelve bar blues. Akiyama’s use of sometimes well known chords is also never heading toward getting a recognizable song in the very end. But there is one more thing that links them together apart from the »ateleology«. It is the engagement into pure and clear (or shall I say clean!?) sound. But it is obviously not because of the rejection of noise but rather it is because of its pacification or purification. This album really sounds like all the dirt actually removed from the streets. And all you have to accompany you while walking through them is an ateleological, a
tonal and asexual blues. Like Zurich?
This is a great, great album and I strongly believe you can get easily obsessed with its trans-like coldness (like I did after the first listening). But then you face one of the big metaphysical questions of our times: would you rather go for the Paris, Texas blues or the Zurich, Japan one? 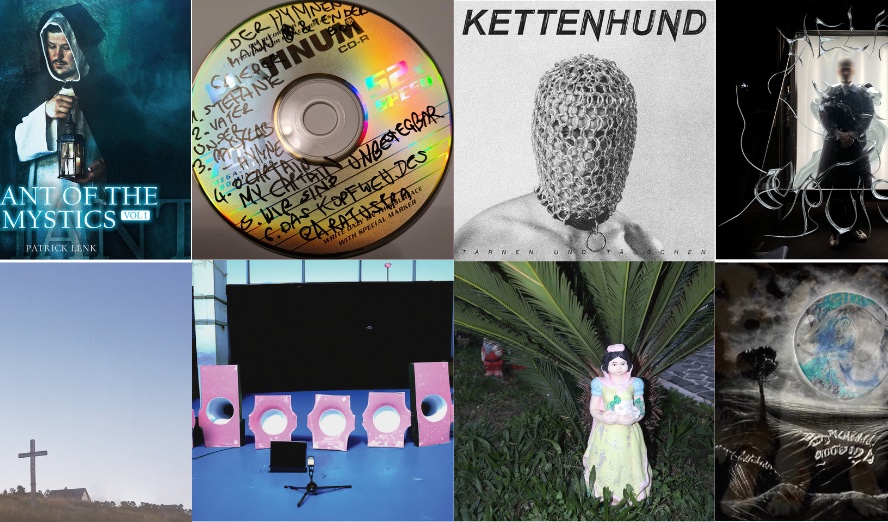 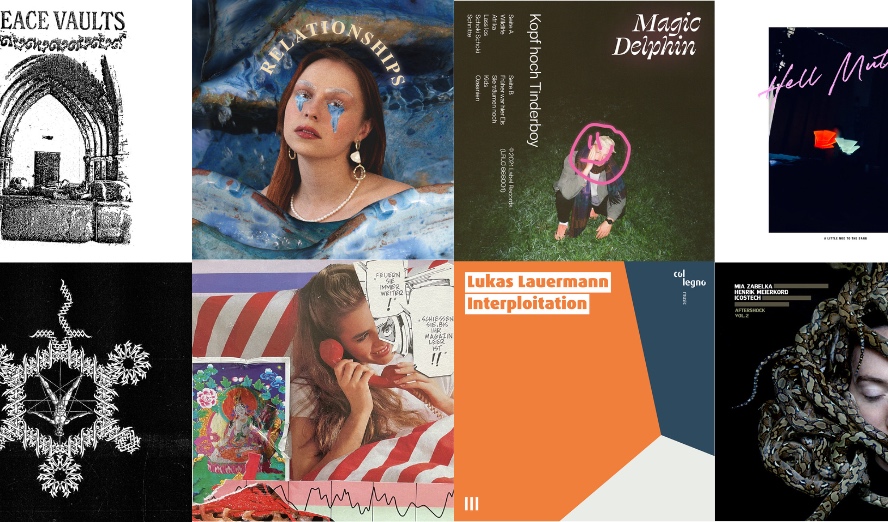 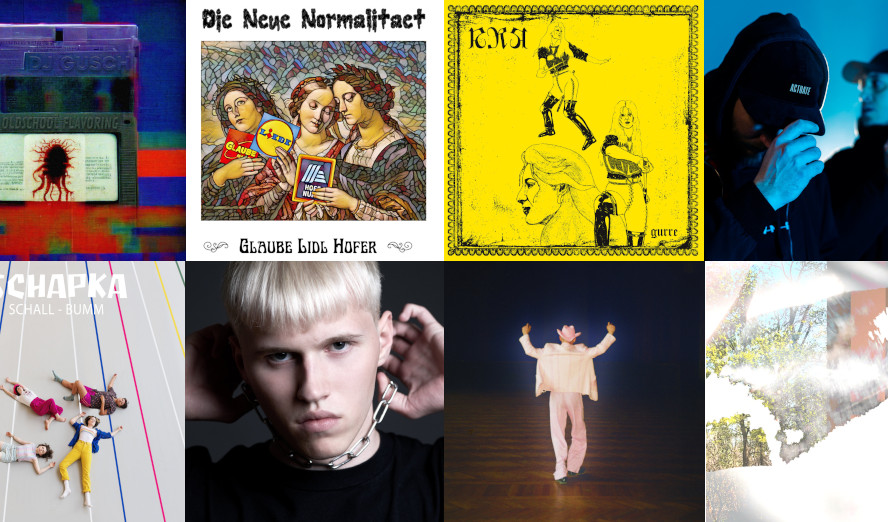 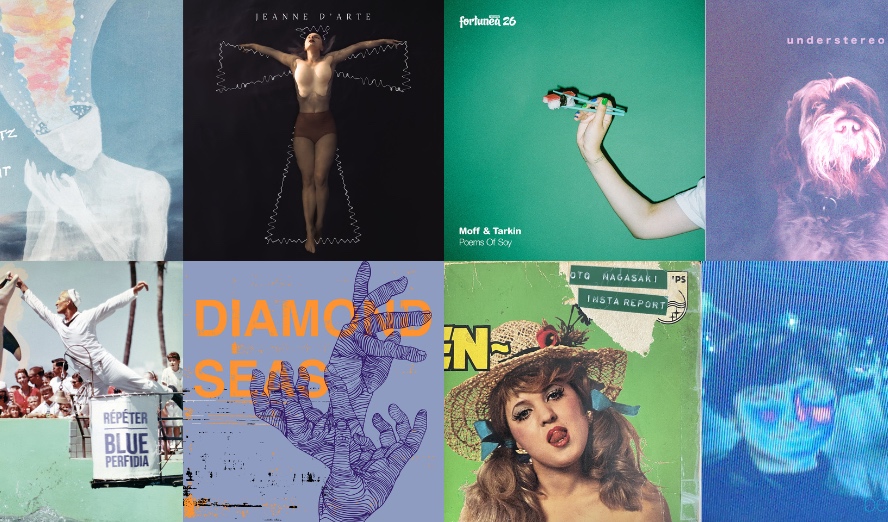 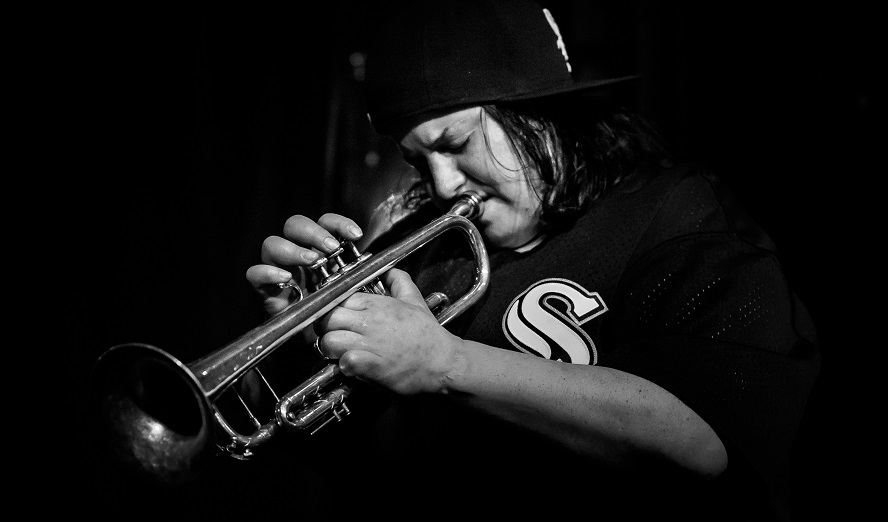 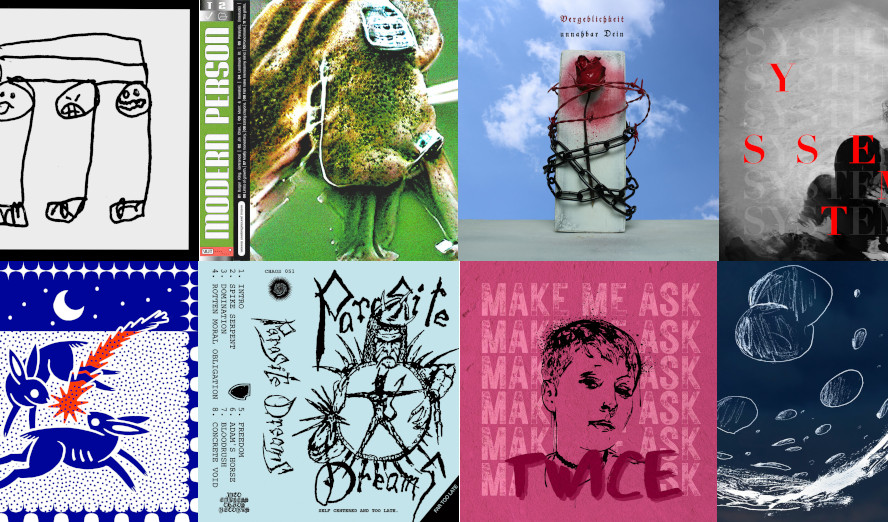 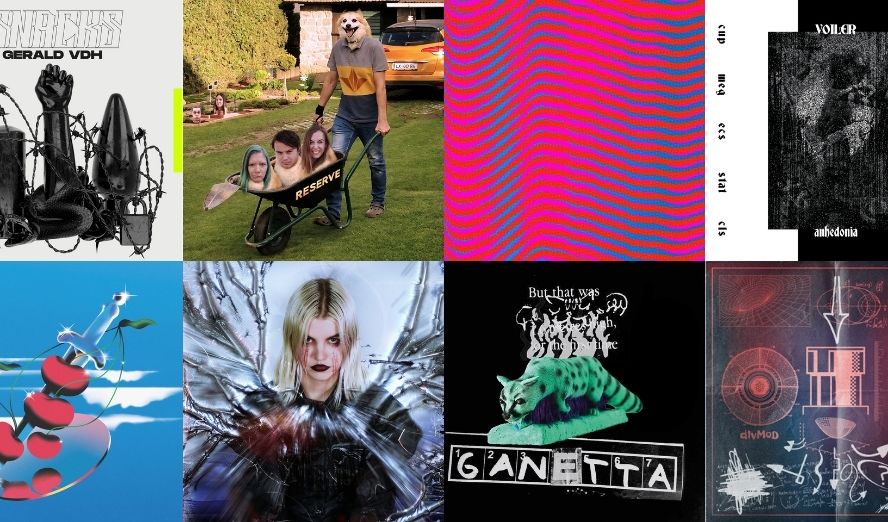 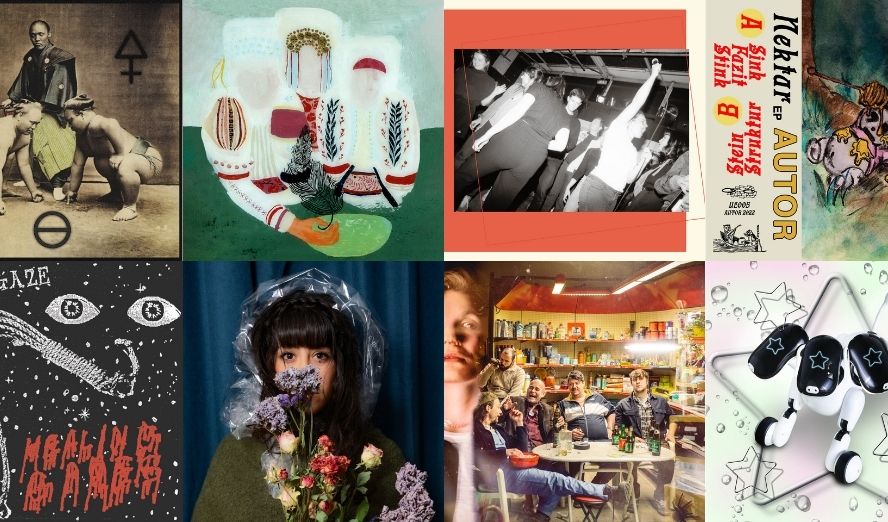 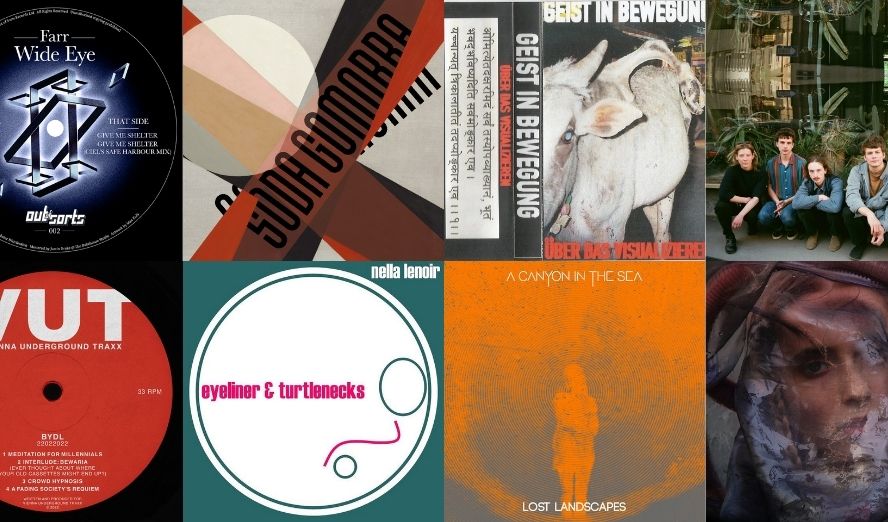 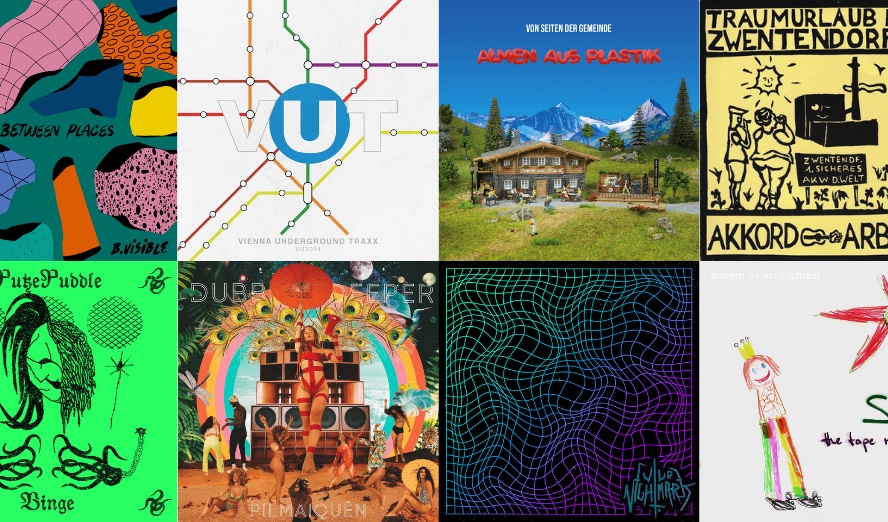 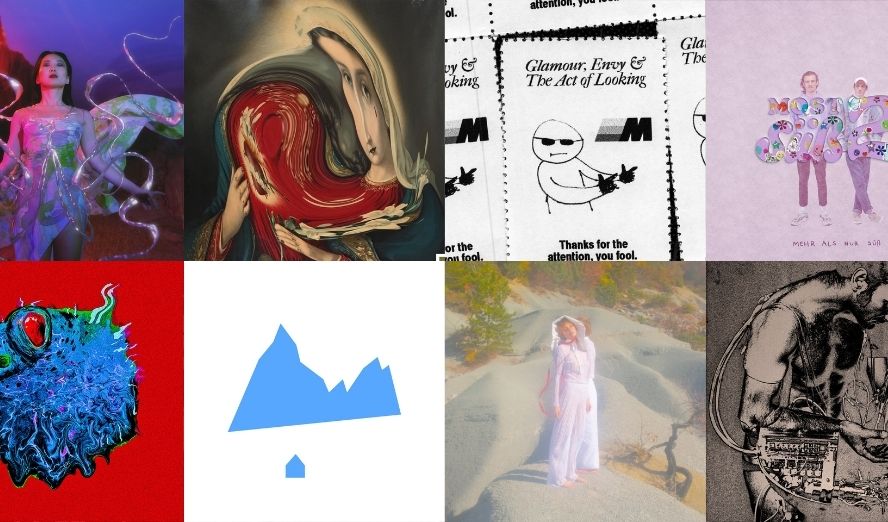