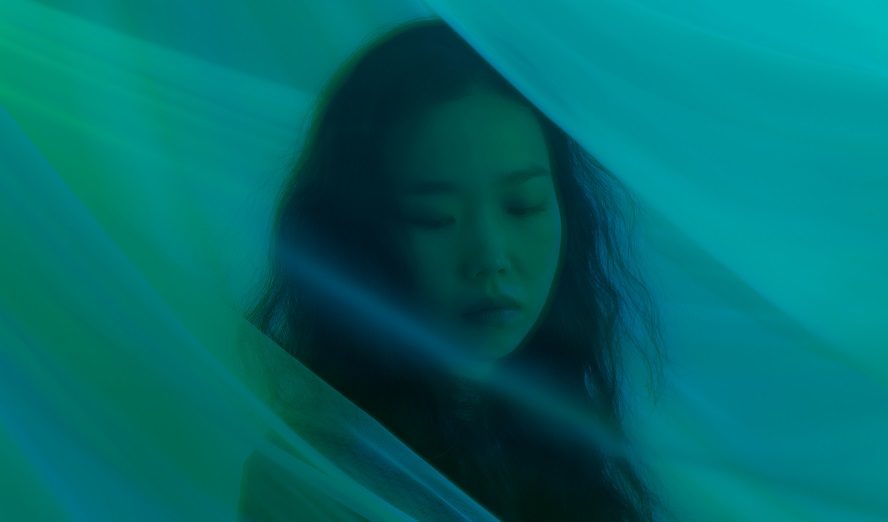 Once again, Park Jiha thrills with her style, which skilfully helps to implement South Korean classical into the modern music of the present. skug examined the album and questioned her accordingly in an interview.

After the release in her home country of South Korea in 2018, the time has come for the rest of the world to listen to »Philos« (Glitterbeat), Park Jiha’s second album after the small sensation called »Communion«. Both records achieve something similar: songs of lament from another world. Heavy, depressive elegies confront the listener just as the record begins to put the tone into motion. Even darker than in its predecessor, her instrument sings of grief. But it doesn’t put the listener into a state of unpleasant self-pity. The second record, like the first, puts the listener through its aestheticism into the highest level of the ether. Sorry is to be understood as something metaphysical. If one lets oneself dive into it, she sculpts the feelings into a new shape. All of her songs were recorded by herself on the different instruments and consist of multiple overlaying tapestries of sound. Every song speaks of another place: »Walker: In Seoul«, with the noise of the Han River sounds like a panorama of that metropolis. In »When I Think Of Her« she proves that besides being a multi-instrumentalist, she is a mistress/master also of her voice. With »On Water« she closes the album; with the opener »Arrival«, the last track »On Water« works as the second part of a frame and closer of the album and an end of the journey. The wailing and hooting leave the listener in tension. Where does the trip lead to in the future?

skug: South Korea is a wealthy country with high working moral standards but also a high suicide rate. Growing up there must have been very stressful. But your music – especially your two solo-albums – sounds as if it didn’t bother you at all…
Park Jiha: I think Iʼm very lucky because I grew up in a good family. Of course, sometimes I also have some difficulties and get stressed. But I always try to have a fairly normal life. I donʼt want to be constantly expressing emotional ups and downs. So I try to have a structured day, as much as I can anyway. For me that includes repetition and focus. I see this as the key to how I feel I should live, which is also reflected in my album. So maybe thatʼs what you meant in terms of my music?

Yes! Exactly! How did your musical career as a kid begin? When did you start to connect classical music with more modern influences?
I studied Korean traditional music when I was in middle school. Before that I also learned western classical music such as piano and flute. But I did it just for fun. After I entered Gugak (Korean traditional music) middle school, I studied music more professionally. Between then and university I kept studying Korean traditional music. After graduating from college, I decided to make my own music, using musical instruments I had learnt, such as Piri, Saenghwang, and Yanggeum, because I wanted to tell my own stories and express my own emotion through music. Traditional music is also very beautiful, but for me it was more a means of learning and discovering the world.

What was it like getting such positive reactions for your previous album »Communion« and how did it influence you when you started working on your new record?
Well, I released »Communion« by myself in 2016 in Korea. I was hoping this album would allow me to travel abroad. I was lucky enough to be selected for the 2017 WOMEX official showcase. And that time I met with Glitterbeat Records and was signed. After that they released »Communion« as a vinyl record and a CD internationally. Also, they are very good in terms of promoting artists. I got the chance to do a European and American concert tour. And so now many more people have heard the album.

Since you toured the world (and Europe), how did people and other musicians react to your music, and how did you find this? What impressed you the most?
When I was touring, I felt various emotions, which made me develop as an artist and as a person. That time is very precious to me. The reactions after each concert made me very happy and I was very surprised by them. Recently I realised just how many interesting people I met through music. And also my music allowed me to visit places I never would have imagined before. So music has given me so many huge experiences and I have very fond memories of my tours. And I feel very lucky to live within the music industry.

The Greek »Philos« can mean »friend«, »lover«, »follower«. What does it mean to you and why did you choose it as the name for your new album?
As I mentioned in the beginning, repetition and focus is so important when I am working on my music. I think it is a labour of love. »Philos« is about repetition and focus on something. I see this as a very powerful type of love. Especially in this album. I worked completely alone on all the tracks. I played all of the instruments myself this time. So I think I could make all tracks more solid and I was able to focus on one thing at a time. This process meant a lot of repetition and focus. So thatʼs why I called this album »Philos«.

For the first time you put »lyrics« on your record: in fact, Dima El Sayed cites one of her own poems. How come you chose working with her and how was that experience?
I met her in 2015 through »One Beat« music residency program in the US. She is Lebanese. After I made this piece, I needed a voice as a sound. But I didnʼt want to just use anything. And so she had just left her job and had gone back to writing poems. I like her voice, so I sent her my demo track and asked her if, after listening to the track, she felt inspired, would she write a poem for it and record it for me. So she sent me the recording of her poem. Actually, the first time when I listened to it, I was a little worried, because the poem was so much more serious and powerful than I had ever expected. But Dima said that she felt a kind of energy from the track and the sounds. I was encouraged by her advice. And so the track came out well. 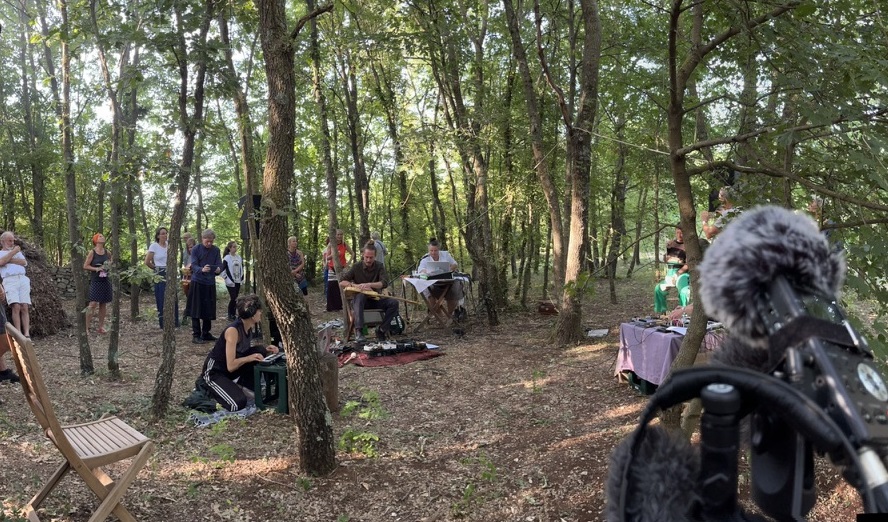 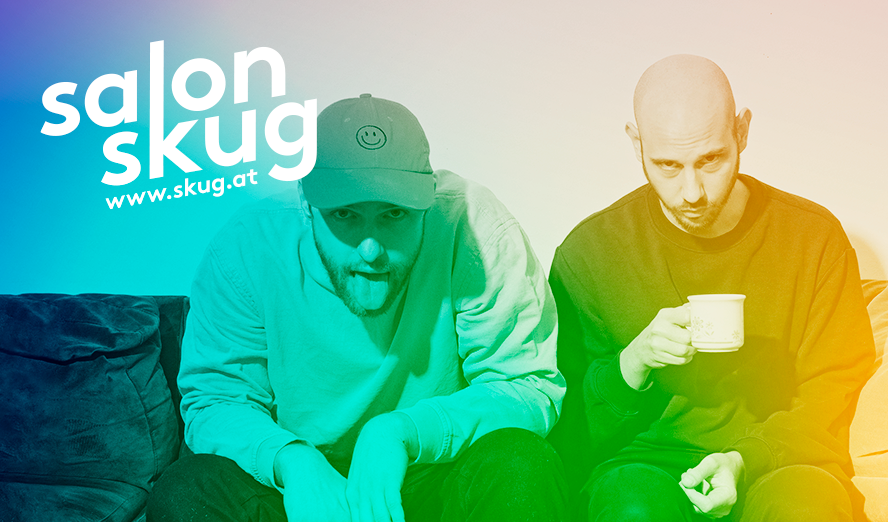 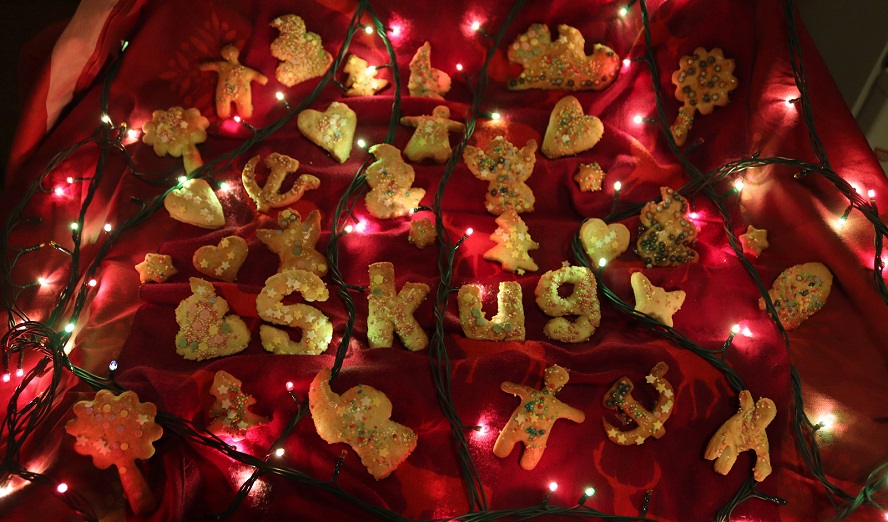 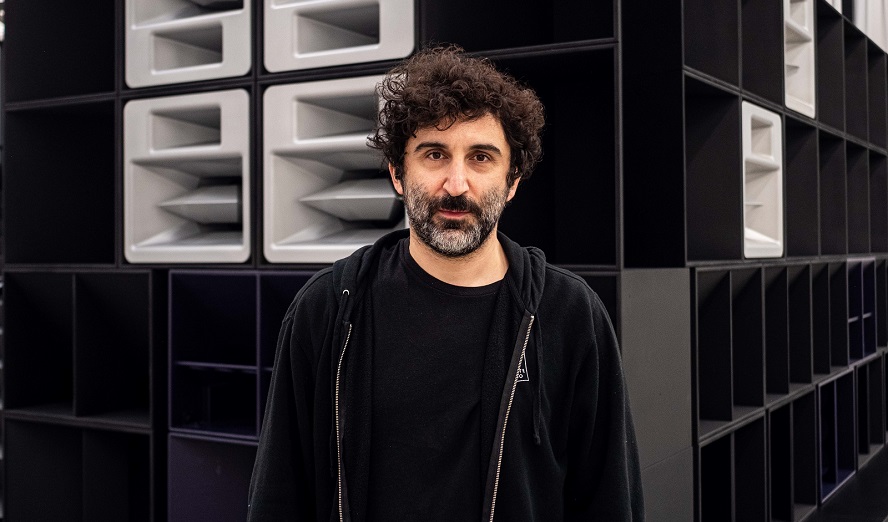 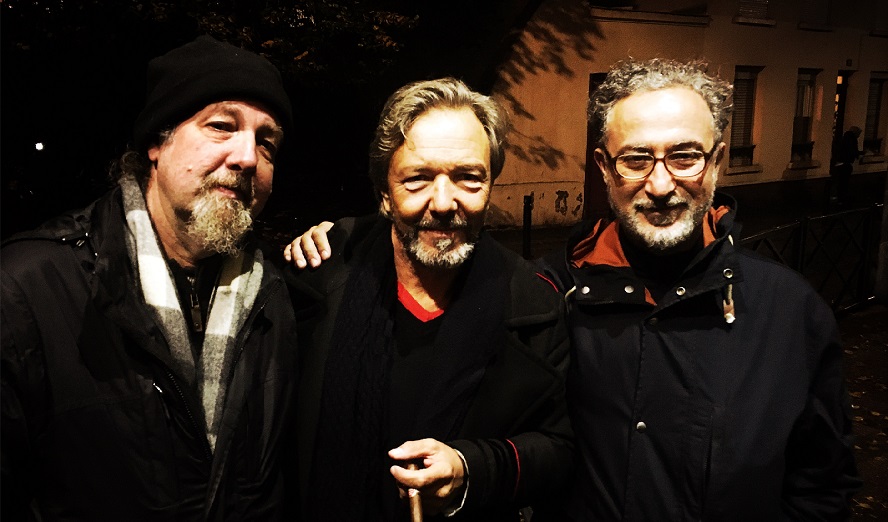 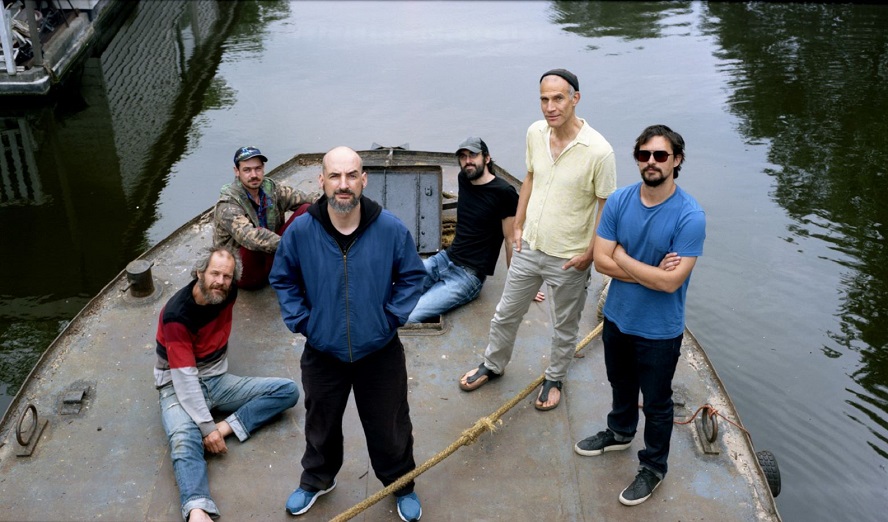 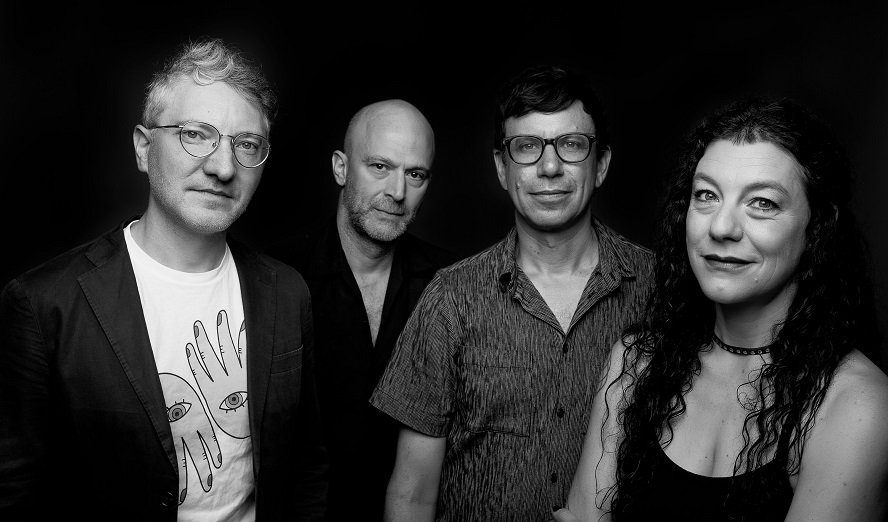 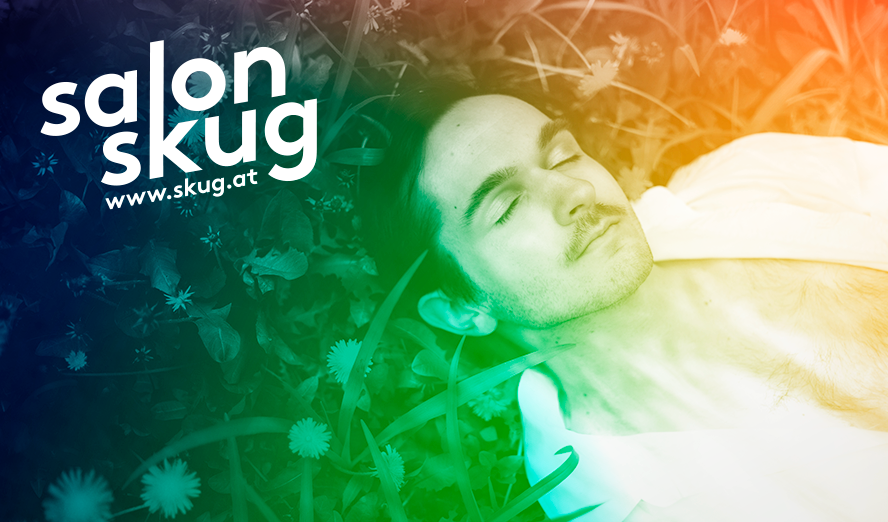 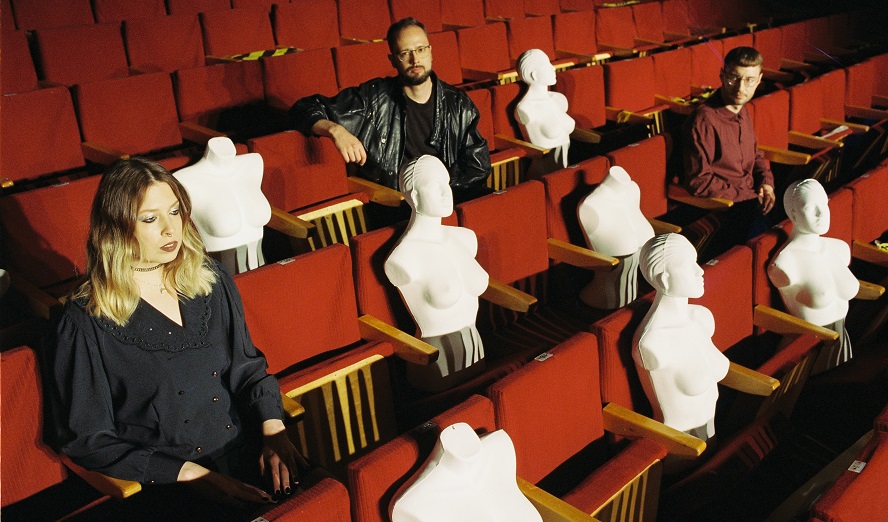 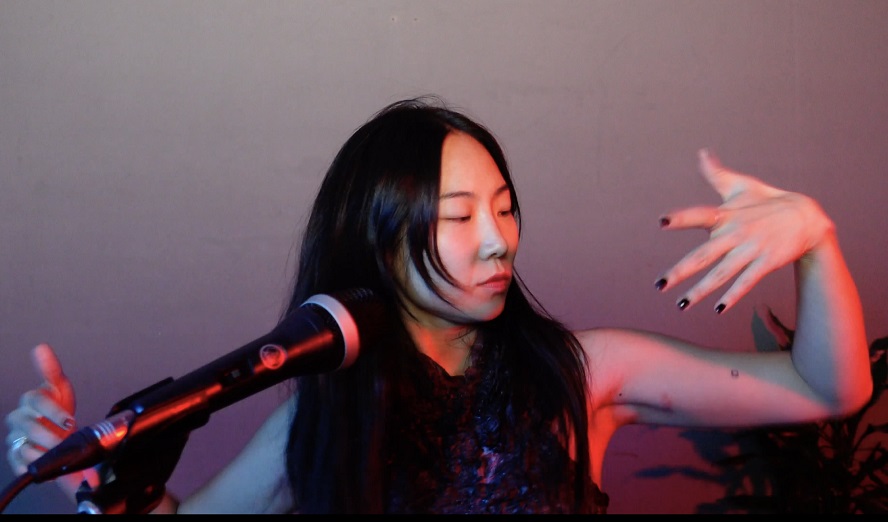 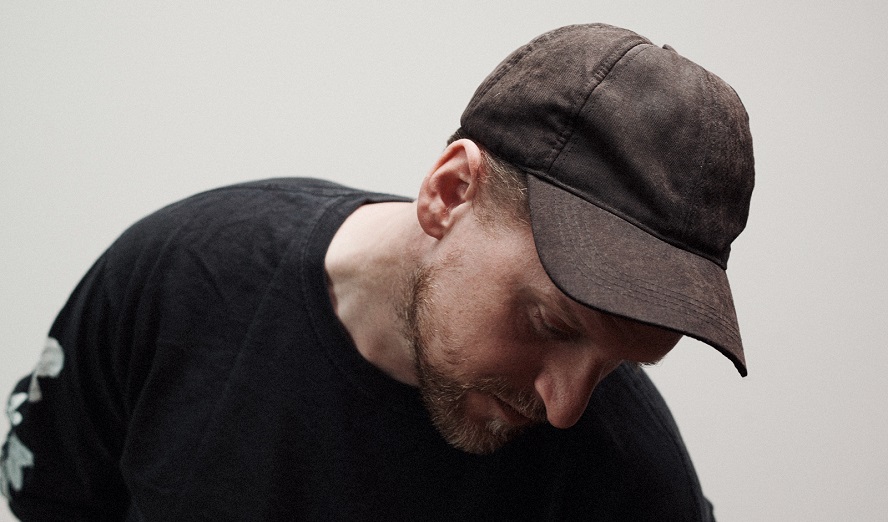